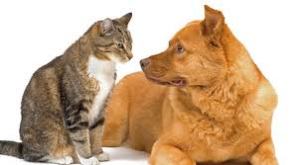 The great thing about homeopathy is that it works beautifully on animals and they are a lot easier to prescribe for. Why? Because they act out what they feel, because like small children, they only live in the present. They ‘wear their heart on their sleeve’ so their behaviour is usually telling as to what they are thinking and feeling. I’m not allowed to charge for services as I’m not a qualified vet, I do end up giving remedies to my friends, family and patients for their pets.

Here are a few examples of some recent cases:

Taffy, who was normally a very lively cheeky chappie had suddenly become very depressed and showed no interest in life anymore. This happened after his owner had gone back to work in the day-time, so spent many hours locked in the kitchen. He managed to escape quite a few times, and once the owner had to drive to central London to pick him up from Battersea Dogs home. The symptoms I prescribed upon were Fear of Narrow Spaces; Vivacious; Desires to escape. The remedy was Lachasis – as he needed to express himself and excessive confinement did not allow him to do this. Needless to say after the remedy, the owner did not know whether to thank me or curse me, as the depressed animal became very lively again and up to his normal antics!

A tabby cat with gastroenteritis

I had observed my friend’s cat for some time and commented on how dictatorial, fastidious and restless he was. He was constantly demanding to be let in and then let out again. When he was being stroked, he insisted that it had to be done in a certain way (dictatorial). When he developed chronic gastroenteritis, leaving trails of feces round the house (sorry to be so graphic), it was obvious which remedy would help him – Arsenicum. After one dose the physical problems stopped and  he actually became more laid back and less demanding.

A Somali cat (pedigree) with cysts.

When our cat, Honey, injured himself – which was on a regular basis as he will fight quite a bit, his skin would not granulate and heal properly. What then happened was that a cyst would form under the skin, and then burst, which would have to, in severe cases, be stitched up. The remedy I gave him was silica, which is  renowned for slow healing wounds. Nowadays Honey has no cysts – which saves a fortune at the vets, even though he’s still fighting with other cats, as his cauliflower ears will attest to!

A Labrador-cross dog who barked too much.

Our dog Poppy was is a very exuberant dog who is very vocal. As she is part German-Shephard and being raw-food fed which gives her extra vitality this wasn’t surprising. We were however getting complaints from the neighbours about her incessant barking, and although reasonably trained, we couldn’t solve this problem. She was the advocate in the pack – meaning the communicator – so I looked at ‘loquacity’ and passionate in the repertory and discovered that the remedy Lachasis helped her calm down quite a lot.

I have noticed certain species of animals tend to display certain constitutional traits. For example:

Golden retrievers are dependable creatures of habit, so the Calc. Carb. remedy tends to help them, particularly with joint problems.

Flat coated retrievers – who are very affectionate and want everyone to love them – have a tendency to phantom pregnancies due to too much oestrogen – leading to a need to nurture – Pulsatilla will work every time.

As a natural health practitioner, I always advocate:

Conditions common nowadays in pets such as cancer, diabetes, and joint problems are all due to toxic overload, which will be avoided with my suggested regime. And there are many animal experts that will verify this: 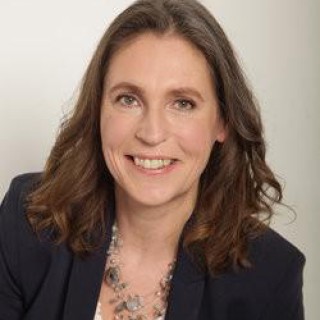